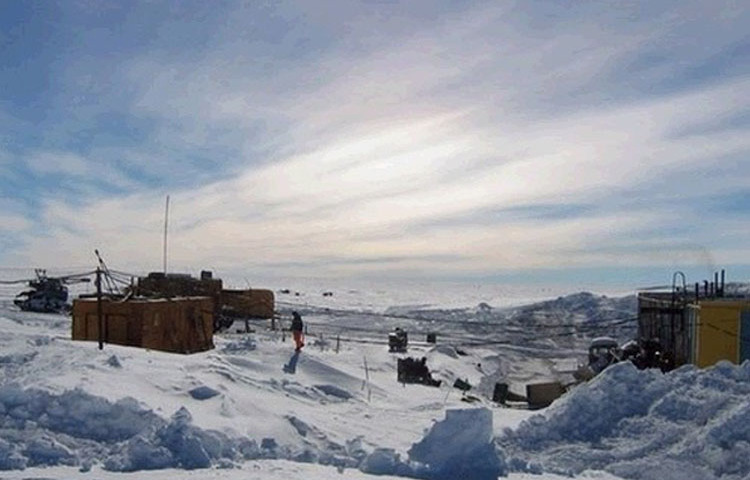 Russian scientists have claimed the discovery of a new type of bacterial life in water from a buried Antarctic lake.

The researchers have been studying samples brought up from Vostok – the largest subglacial lake in Antarctica.

Last year, the team drilled through almost 4km (2.34 miles) of ice to reach the lake and retrieve samples.

Vostok is thought to have been cut off from the surface for millions of years.

This has raised the possibility that such isolated bodies of water might host microbial life forms new to science.

“After putting aside all possible elements of contamination, DNA was found that did not coincide with any of the well-known types in the global database,” said Sergei Bulat, of the genetics laboratory at the St Petersburg Institute of Nuclear Physics.

“We are calling this life form unclassified and unidentified,” he explained.

Dr Bulat added that close attention was focused on one particular form of bacteria whose DNA was less than 86% similar to previously existing forms.

Lake Vostok is situated in one of the most inhospitable places on Earth
“A level of 90% usually means that the organism is unknown.”

However, other researchers said the data needed to be carefully verified by other experts before the claims could be confirmed.

The Vostok drilling project took years to plan and implement. The lake’s location in the heart of the East Antarctic Ice Sheet makes it one of the most inhospitable environments on the planet.

It is the place where thermometers recorded the lowest ever temperature on Earth – minus 89C on 21 July 1983.

Vostok Station was set up by the Russians in 1956, and their seismic soundings soon suggested there was an area of liquid underneath all the ice. However, it was only in the 1990s that British scientists, with the help of radar, were able to determine the full extent of the sub-glacial feature.

With an area of 15,000 square km and with depths reaching more than 800m, Lake Vostok is similar in size to Lake Baikal in Siberia or Lake Ontario in North America.

The US recently broke through into another Antarctic lake – Whillans. They have also reported the discovery of microbial life in the lake waters. But Lake Whillans is thought by some to have been less isolated than Vostok.

A British expedition to drill through 3km (1.8 miles) of Antarctic ice into Lake Ellsworth was called off late last year after engineers were unable to join the main borehole with a parallel hole that was to be used to recover drilling water.