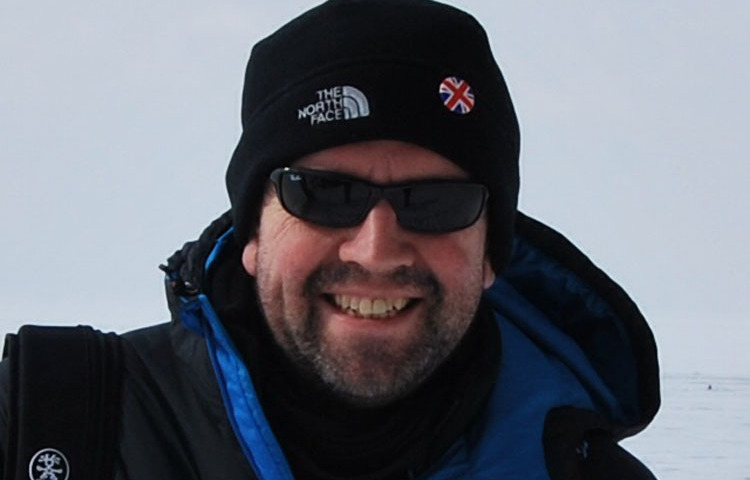 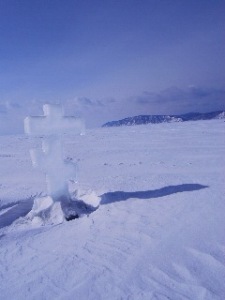 I disembark from the train at 6:15am at Irkutsk.  In the last 24 hours the cabin next to mine has been occupied by two police officers (the police seem to use the railways extensively) – they spend their time watching non-stop violent cop movies (entertainment or training?).  Their room smells like a warm Oxfam shop on a wet day and they radiate hostility – I am glad to get off.

Listvyanka Village is about 70km outside Irkutsk and sits right on the shores of Lake Baikal, the largest freshwater lake in the world.  The lake is 400 miles by 40 miles and over 500ft deep and is formed from a geological crack between two tectonic plates that are moving apart – so it’s getting bigger.  It is also frozen solid to a depth of 1 metre for five months of the year.

Any preconceptions I had about this being a poor rural Siberian town are misconceived– this is a prosperous place fuelled by heavy and light industries and tourism – employment is high – cars are new and many families own city and lakeside homes.  My ipad count so far (in about 7 hours) stands at 3.

My guide is Ivan, from Irkutsk– he tells me he has made the train journey from Moscow-Irkutsk some 30 or 40 times as a tourist guide.  “The biggest problem is Australians,” he says, “they drink too much beer and then get off the train in the middle of nowhere.” – yep, like Earls Court.

I ask if it is possible to walk on the frozen lake – he laughs and takes me to an area where the local youth have marked out a racetrack on the ice and are racing BMW 4x4s.  There is an official ‘ice road’ that provides a short cut across the lake and this is tested regularly for thickness and safety, however most people don’t bother with this and in the months when it is frozen they take the shortest direct route from one side to the other.  When I ask what time of the year people stop driving on the lake he says, straight faced, that there is no fixed date but it continues until somebody’s car goes through the ice – then they stop.

He also tells me that the crustaceans that live in the water are so efficient at clearing up organic debris that if anyone does disappear in the lake there is almost no point looking for them after the first few hours as there will be nothing left.  Then, without any hint of irony, he recommends I try the freshwater shrimp while I am here.

We pay a brief visit to the old state-owned ‘Tourist Hotel’ (now closed) which, in Soviet times would have been the only sanctioned place for tourists to stay.  Furthermore they would not have been allowed out of the hotel grounds and would only be driven there via a prescribed route on which all the buildings were freshly painted.

The Lake Baikal Research Institute was well funded by the Soviets and has amassed a huge wealth of knowledge about the wildlife, geography and geology and natural history of the region.  It also led a number of ecological campaigns to stop pollution and preserve the vast number of unique species that live here.  Nowadays the institute struggles to receive funding in a free market economy and the future of many of its research projects is uncertain.

Like everywhere else they are having to make choices about where to make cuts but they are not quite clear what the impact will be – all of which feels a bit like driving on the ice until someone falls through.