Why the toilets are shut.

Lenin is being washed 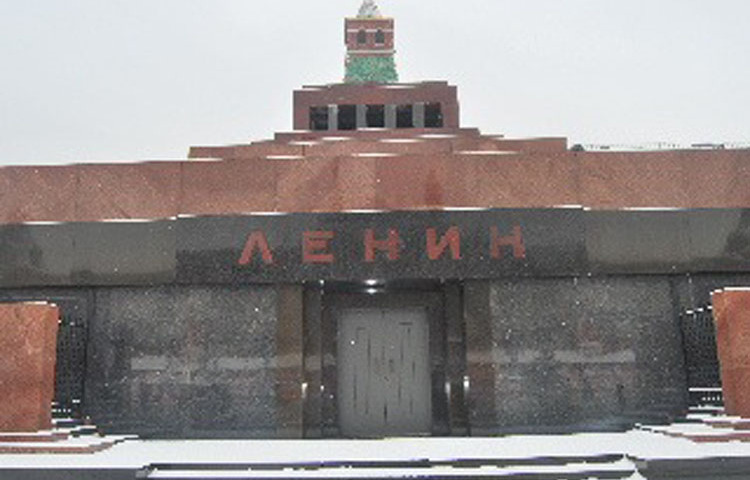 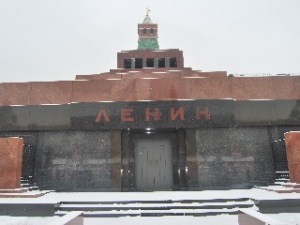 It’s Saturday morning and I have roughly 24 hours to “do” Moscow.  My guide is Lena, a Muscovite schoolteacher who works part time as a tour guide. She is articulate and funny and talks about Russia with dry humour.  She shows me the statue of the Yuri Dolgorukiy, who founded Moscow in the 12th century and was named ‘Yuri the long armed’ supposedly because of his expansionist policies.  “Then they dug him up and discovered he really did have long arms!” she says.

She describes vividly the impact of the war and the Stalinist purges which together took 70 million Russian lives and which left a deep scar on the psyche of its people. When she shows me apartments built for the Communist party elite I give her the quote from Animal Farm about all animals being created equal.  She laughs and then tells me that she was only allowed to read the book for the very first time 12 years ago.  Sometimes I think we take a lot for granted.

Lena talks so engagingly I don’t fully notice where we are until I look up and find we are standing in Red Square.  I am stunned by St Basil’s and the Kremlin and I am particularly struck by Lenin’s tomb.  “Can we go in?” I ask.  She shakes her head and grins, “Lenin is being washed,” she says.  She tells me that, every 18 months Lenin’s embalmed corpse is taken to a laboratory underneath Red Square where he is given a special bath; washed and moisturised before a tailor comes to make him a new suit from his favourite cloth.    “It costs a million dollars a year just to keep him dead!” she says. 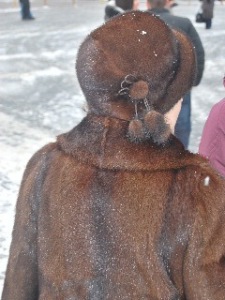 Across the square we visit the, once state-owned, department store Gum (pronounced ‘goom’).  Once the butt of a million Russian jokes about having nothing to sell, nowadays it is crammed with modern luxury retail brands and filled with very wealthy-looking people.  I am particularly amazed by the quantity of expensive fur on show; one woman wears a matching coat and hat decorated with tiny fur balls that look like cat’s testicles.  Lena is scathing “Ach!  Fur is no good; if it rains and you go on the Metro, you look like a rat!”.

Whilst having lunch in Gum I notice a couple that I take to be models posing on the elegant walkways in a bridal gown and tuxedo.  Only later do I realise they are a real bride and groom, having their wedding photos taken inside the store.  They are not alone; in the next hour I spot no less than 12 separate wedding parties.  Far from being put off by having shops in the background of their wedding snaps they seem to be actively seeking out and posing in front of the more luxurious brands – Cartier, Benetton and, bizarrely, the Apple Store being most preferred.

This seems all the more strange when the backdrop of St Basil’s is available just a few paces away but, as Lena says, young Russians have grown up in a global world and are no longer as interested in Russia’s cultural history.  I suspect this is a common truth – after all there is a fine line between maintaining your cultural heritage and washing a dead Lenin.