In search of the red otter 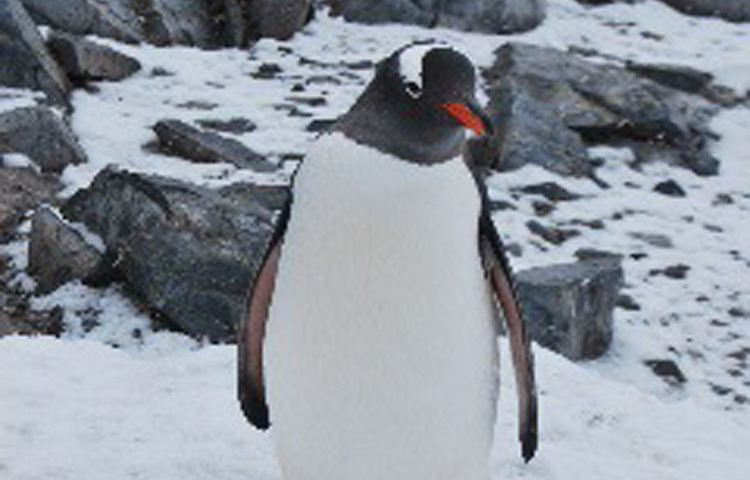 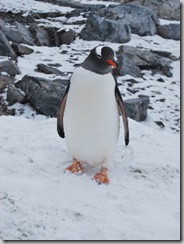 This morning we will visit the Penguin colony of Cuerverville Island (as nothing in Antarctica possesses a ‘native’ name everything tended to get named after obscure steamship captains or rich expedition sponsors). This is where the largest colony of Gentoo Penguins in Antarctica is found.  We clamber aboard the zodiacs all harbouring our own personal fantasies about night time beach landings behind enemy lines (maybe that was just me) and proceed to the island.

The morning mist and the wind sculpted icebergs give the landscape an ethereal quality that is haunting and ancient.  The island we land on is unreachable for six months of the year and pretty much unvisited for the other six months.  Rocks have been carved by 100mph katabatic winds and the winter cold has shatters stones with its intensity.  The pebbles on the beach may not have moved from their current positions for over a million years.

And then there are penguins.  Bloody thousands of them.

Clearly aware of the irresistible human urge to anthropomorphise these improbable looking creatures we have been given extensive information regarding their habitat, feeding and breeding patterns – obviously in an attempt to make us take them seriously.  However when they waddle towards me looking like a gaggle of head waiters I can’t help myself.

“Hello, my name is Ramone, I will be your server today.  On our menu this morning we have raw herring which I will be regurgitating shortly for your dining pleasure.”

Maybe I have cabin fever.

In the arctic summer the wildlife is very active – making the most of the few short months before the southern end of the globe tips back to point into cold space for six months.  In two brief hours we see a huge variety host of sea birds, seals and, of course, penguins.  Marko shows me an astonishing picture he has captured of a sea leopard in the act of catching and eating a penguin although I get the sense he would have been slightly happier with a picture of a rare aeroplane.

I find it extraordinarily hard to leave this place.  Despite the cold and the wind, and a desperate need to pee (strictly no wazzing in Antarctica guys) I am the last person back on the boat on both the morning and afternoon sessions. I am beginning to understand why so many of the people I have met here have drifted into working in Antarctica and then stayed – this landscape truly gets under your skin.