In the Lost World

How Roraima got its name 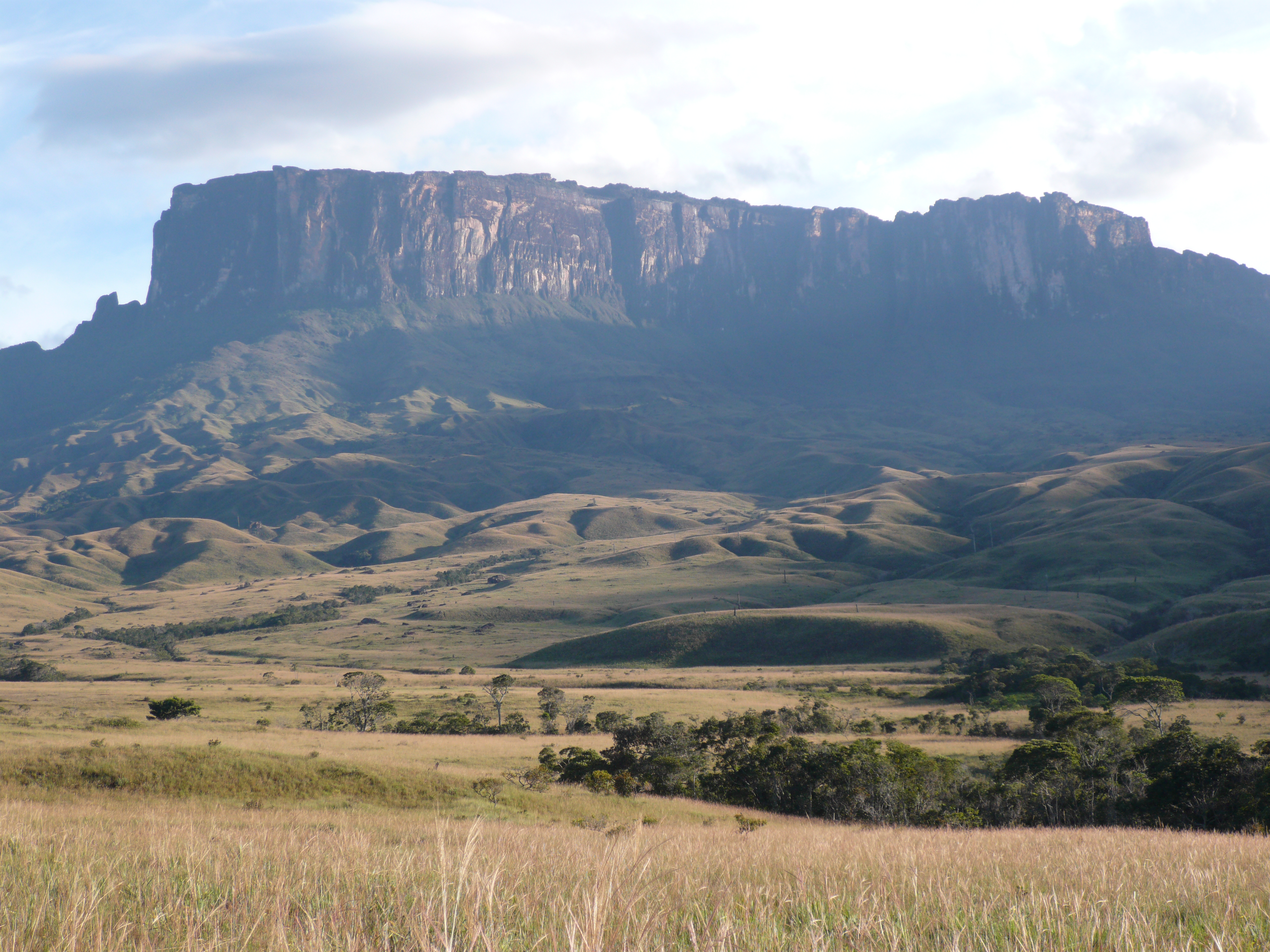 Once there was a time when the animals and the humans knew the same language and they could all understand each other.  And at that time the world tree grew large and beautiful and it held enough fruit for all the animals.

The monkey was angry that Makunaima was allowed to climb the tree when he could not.  One morning, consumed by his own jealousy, the monkey waited until Makunaima had climbed the tree as usual and then called to all his monkey brothers to help him cut down the world tree.  They hacked and hacked at  the beautiful world tree until it fell and Makunaima was killed.

At first the animals were pleased because now they could take whatever fruit they wanted.  But when the spirits saw what had happened, they were so angry at what the monkey had done that they caused the stump of the great tree to spout water.  The water gushed over the sides of the stump until the whole world was flooded and the creatures of the earth were frightened and dispersed.

And when the flood had cleared, the animals and the humans found they could no longer understand each other for the spirits had taken that gift away.  And that is how the stump of the world tree became Mount Roraima.