Lenin is being washed

Why the toilets are shut. 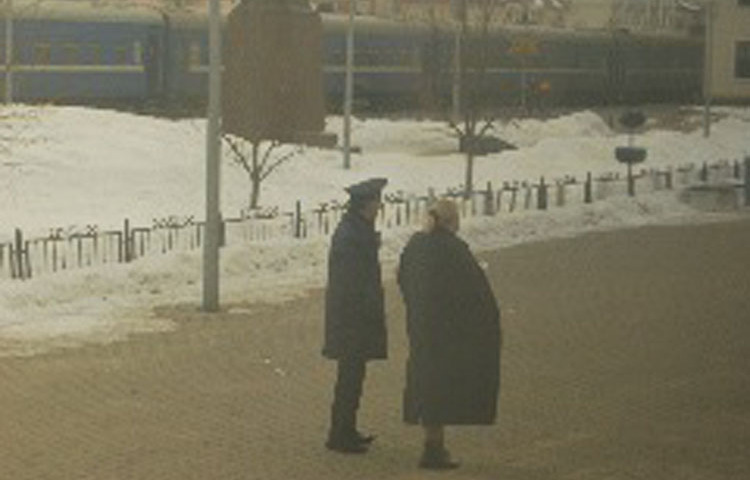 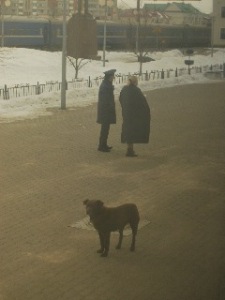 At 1am we cross the border into Belarus.  The train attendants wake us up and the border guards come on board to check passports.  There is a long wait while they make their way through the train during which time, I am informed, the toilets will be closed.

I am slightly apprehensive about the border.  A recent study reported by the Russian news service claimed about 60% of Russian border guards are too unstable to be allowed to carry guns.  Right now that’s not a great statistic.  Fortunately, when they do arrive they seem very stable; they are also very very large.

The first guard comes into my cabin to check my passport; he is approximately the size of a Volvo and I find myself closer to an armed man than anyone should have to be whilst they are wearing their pyjamas. My cabin has roughly the floor space of two telephone kiosks so already it feels a little crowded.   When his colleague, the dog handler, arrives with an Alsatian to search for drugs it becomes very snug indeed.

Fortunately it is quite a small Alsatian; it sniffs my luggage and gives me an apologetic look.  Then a third guard arrives and I am beginning to feel like Groucho Marx in the state room scene.  She is primarily interested in whether I am importing any beer – I wonder if beer smuggling is a big problem in Belarus, and whether the toilets are shut to prevent panicking beer smugglers from flushing their stash.  I don’t say any of this out loud.

It takes two and a half hours to clear the border by which time I am more than ready for my bed; however, this is not to be.  The train pulls into a siding and a cacophony of metal on metal starts up; the whole train starts to rattle and vibrate and feels like it is about to tip over.  There is a man underneath my carriage and it sounds like he is hitting the wheels with a very large sledge hammer.  When I get out to investigate I find this is precisely what he is doing.

The reason, I learn, is that the railways in Russia and Mongolia operate on a narrower gauge than those elsewhere in Europe and therefore, trains crossing the border need to have their wheels changed to operate on the Russian rail system.  In the next hour and a half a team of men systematically jack up every carriage and install new bogies down the length of the train – it’s an impressive sight.

I return to bed at around 5am by which time the toilets are, mercifully, open again.  They have been closed, I learn, because, like most Russian trains, they flush directly onto the tracks – or, on occasions,  directly onto anyone working underneath the train!

Sheesh – who’d be a wheel changer!